The things the Craft community must remember about the contemporary writer who calls himself Robin Artisson is that A) he chose his name quite deliberately, and  B) he is a talented worker of Grey Magic, much like the notable Robert Cochrane.

Mind you, I've not witnessed him being hateful -- only thought-provoking (sometimes in the extreme, I'll warrant). But people get testy when he has posted a simple meme or comic post.

Why? What magic does this man weave?

Well, Glaux and I recognize in him something of a genius of contemporary Craft. He is, by our perspective, the heir of the Robert Cochrane legacy. The Modern Magister, if you will. His books are enlightening and relevatory -- they have grown and expanded with his own growth. And YES, thank the Goat!, he pushes people's buttons. He makes you think. He'll take both sides of an argument, tricksy shapeshifter that he is, to make you suss out your true thoughts and feelings -- or to point out your rigid grip on dogmatic schlock.

Robin, as a spirit name, is associated with Robin Goodfellow, the Horned One himself. We see him as Puck in Shakespeare's A Midsummer Night's Dream, and he is known in myth and legend as a playful, mischievous, but ultimately wise and insightful spirit of the Unseen Realms. One of the Fey.

His writing is rambling and poetic. I love it. (I tend toward the prosaic and brief in my non-fiction.) You have to work to walk the path of mystery down which he leads you. It is informed by his BA in European History and Anthropology. (He also holds an MA in Poli-Sci and Criminal Justice and another in Family and Marriage Counseling -- both of which give him great insight into the best and worst in human nature.)


On a personal note, Glaux and I are holding out hope of luring Robin to the festival we help run, Babalon Rising, so that we can do awesome Witchcrafts in the Woods. (BR, with a little help from yours truly, will be adding more American Folkloric Magic -- craft and conjure -- to the schedule in 2013.)

Alright, so give his books and website a read. You will be the better for it!

Website: A World Unseen
The Witching Way of Hollow Hill
The Resurrection of the Meadow
The Horn of Evenwood

Robert Cochrane is the pen name of Roy Bowers, a British Cunning Man who was working his craft around the same time that Gerald Gardner was writing about Wicca. In fact, Cochrane was the one who coined the name "Gardnerism" or "Gardnerianism" for the form of Craft that Gerald was promoting. (The term came up in "The Pentagram" and other sources where Cochrane showed some disdain for the ceremonial-influenced Craft that Gardner was telling the public was "family heritage.")

Cochrane purported himself to be a member of a Craft tradition that had been handed down since the 17th Century, and he resented the false or watered-down version that he felt Gardner was presenting.

Glaux and I have always been drawn to the work and writings of Cochrane. In fact, it was one of the points of attraction for us. She had been trained within a reculed Gardnerian line, and my former HPS had a similar background. However, my HPS went from Gardnerian Wicca in the 60's and 70's to Druidry in the 80's and 90's, and she finally landed in a 1734 offshoot known as Roebuck  in the late 90's. I met her in 1998, at a time when she (my HPS) had formed her own Trad that was based on each of these lines of training, along with what we called Dragon Craft. While we always knew that we were "close cousins" to Roebuck/Ancient Keltic Church, it wasn't until I read the book written by the co-founder of that Trad that I realized we were really a sort of daughter coven  -- though a bastard, since my HPS hadn't taken her initiation with that group before striking out on her own. (The book is Forge of Tubal Cain by Ann Finnin. I highly recommend it.) 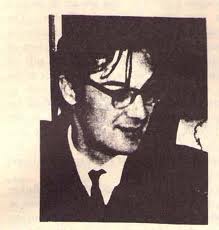 Okay, so back to Robert Cochrane.

He carried on correspondences with several people and wrote several articles that have become something like canon within Trad Craft circles. Doreen Valiente was the Maid of his coven for a period, in her search for authentic craft. That coven is called Clan of Tubal Cain, and it is still functioning today, decades after his death. Shani Oates is the current maid. (You should also read her book, Tubelo's Green Fire, if you have an interest in this type of Craft.)

His work has had a great influence on modern practitioners of Traditional Craft. His correspondence with Joe Wilson was a major influence in Wilson's establishment of the 1734 Tradition, which is an American adaptation of British Family Craft. From there, several Craft Traditions have sprung up, including Roebuck, which I mentioned earlier as a source of my own training.

The Mohsian Tradition, Blue Star, the work of Peter Paddon, Raven Womack, Robin Artisson, and of course American Folkloric Witchcraft are all influenced by Robert Cochrane and the writings that he gave the world.

Cochrane died by his own hand at the Summer Solstice when he was 35. He ingested belladonna -- some believe as an intentional ritual sacrifice.

Posted by Laurelei at 8:33 PM No comments: 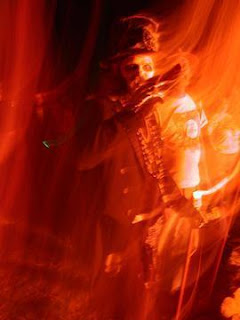 Folks in this modern Craft really dislike the term "possession," but it is nothing more than a descriptor for invocation, channeling, aspecting, being ridden by, or drawing down a Deity/Entity.  I have no fearful connotation against this term, so I use it more frequently than the others to point to this act of Craft.

I don't have an issue with the other terms, mind you. They are all perfectly acceptable, and a couple even describe the feeling of possession quite well. So, nope, I find no need to quibble over the terms. I would much rather get down to the nitty gritty of Bonus P Blog Topic -- possession.

When I first began my study of the Craft, I believed that every Witch had possession experiences eventually. I thought that all of us on this path sought to intentionally invoke the spirits of our beloved and honored Gods and Goddesses into our own bodies -- to give them a time within flesh, a voice with which to speak, hands to touch. I thought that learning to achieve this state -- to set myself aside and make room within my body for the Deity -- was part of the training of Witches. Of course, if you let something in, you should be able to let/get it back out, so I figured that was part of the training process, too. All in all, though, I really thought that most Witches underwent this training.

I was wrong. Many -- a very great many -- people who claim Witchcraft as their path openly fear and revile possession.

Possession was most definitely a part of my own training as a Witch, and I have helped my own students and covenmates learn to achieve and release the experience. Each person, in both Traditions of which I have been a part, has had to prove themselves proficient in this area in order to access the Initiation rite that allows them to fully claim the title of Witch. In one Trad, that was at 1*. In American Folkloric Witchcraft, we have only one initiation -- the one that Raises you. But in both cases, we feel that a Witch needs to be capable of this skill in order to have a complete working relationship with Deity and Spirit.

Check out part 2 of my conversation with Karen Tate on "Voices of the Sacred Feminine." We continue our discussion of Aphrodite as a Goddess of liminality and explore the way that relates to initiation. We also talk about both the ancient and modern priestesses who serve Aphrodite.

Thanks. Karen, for having me back! It was a wonderful conversation.
Posted by Laurelei at 4:29 PM 2 comments: