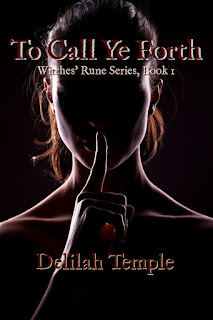 I'm finishing up the first draft of To Call Ye Forth, the first installment in the Witches' Rune series; and I need your help!

Synopsis: Summoning a long-dead Witch King to be a real-world lover and protector was easy for Rose and her covenmates. Overcoming a murderous dark coven while dodging a fanatical minister and his rabid congregation may present more of a challenge.

I am looking for beta-readers for this urban fantasy novel. (It has some paranormal romance features, but the love story isn't the primary focus.)

If you want to beta-read this story for me, please email me laurelei@asteriabooks.com. I'm looking for readers who are fans of this genre, and I would be doubly excited to have readers who are ALSO writers. I'll be looking for feedback, and I'll provide a questionnaire to help you with that. You'll get a PDF copy to work with.

Now for your sneak peek. I've already posted an excerpt at my NaNoWriMo account that you can read. So, how about something different. This is a full chapter (before the mid-way mark):

thanks for your info